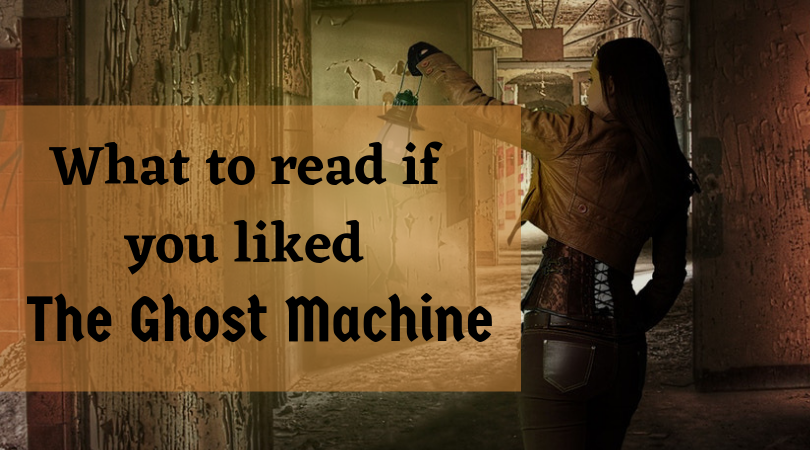 Paperback and hardcover editions of The Ghost Machine have popped up on Amazon, which is super exciting. Clockmaker hasn’t been re-released yet, though, so what should you read while you’re waiting for another gothic steampunk novel? 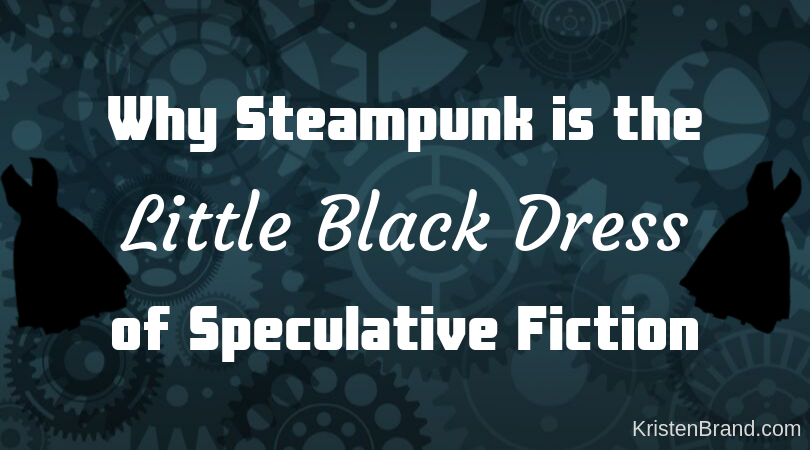 Steampunk is a weird, niche little genre, when you think about it. Merriam-Webster defines it as “science fiction dealing with 19th-century societies dominated by historical or imagined steam-powered technology.”

That’s pretty darn specific. It’s not like the post-apocalyptic subgenre restricts its stories to the 23rd century, or space opera specifies the power source that spaceships have to use.

The boundaries of steampunk seem pretty restrictive at first glance, so it’s not surprising many authors bend and break the rules. Steampunk has branched out and evolved as creators and fans innovate, which brings me to the strength of the genre:

Steampunk goes well with anything. END_OF_DOCUMENT_TOKEN_TO_BE_REPLACED 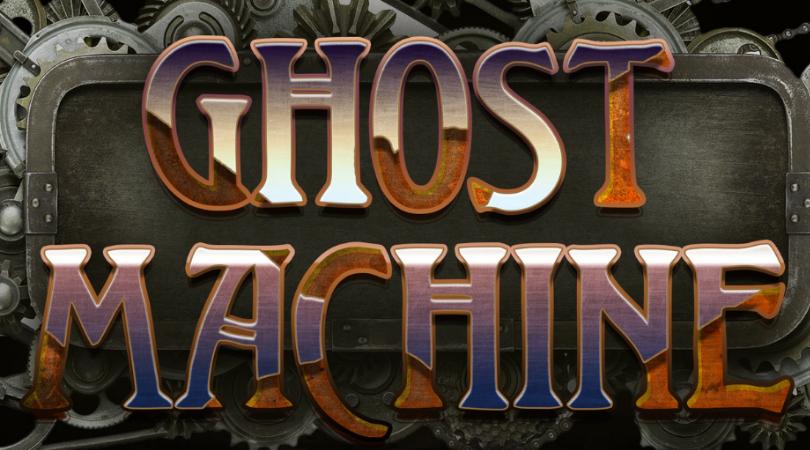 Haven’t felt a chill run up your spine in a while? Missing the ghostly whispers in your ear? Is there a lack of menacing metal automatons in your life?

The Ghost Machine hasn’t been for sale over the past few months as Silver Empire Publishing prepared it for a grand re-release, and release day is today, my friends! The Ghost Machine is back online, ready to give you haunted castles, airship battles, and a heroine solving mysteries while wearing a frilly Victorian nightgown (as gothic heroines do).

If you’ve already read it, this new release doesn’t have any changes to the actual content. But if you’re curious or are one of the readers who’ve emailed me about why it’s not available for purchase, now’s your chance to download a copy for your Kindle or Kindle App. END_OF_DOCUMENT_TOKEN_TO_BE_REPLACED 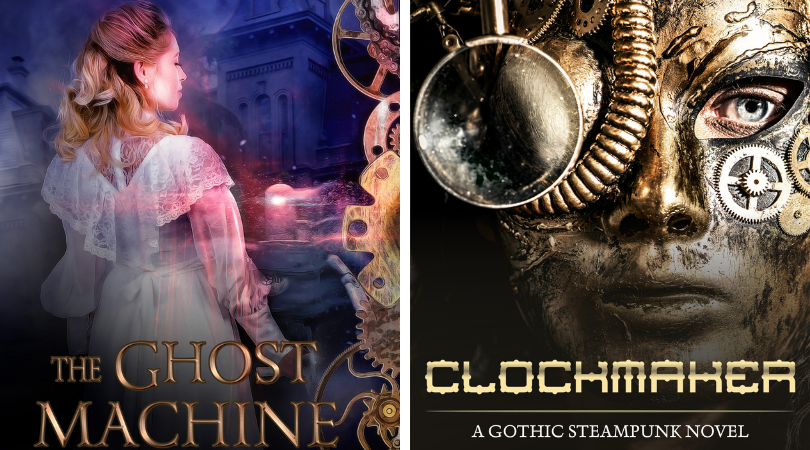 My apologies if you’ve clicked the link to buy The Ghost Machine or Clockmaker recently and found that the books have vanished from Amazon. They’re unavailable at the moment–but don’t worry, they’re not gone for good.

They’ve been picked up by a publishing company and are getting ready to be republished–yay!! I’m thrilled that they’re getting a second chance and a bigger opportunity to reach new readers. As they move closer their re-release dates, you’ll hear the news here first, and if you’re waiting to buy them, thank you in advance for your patience! 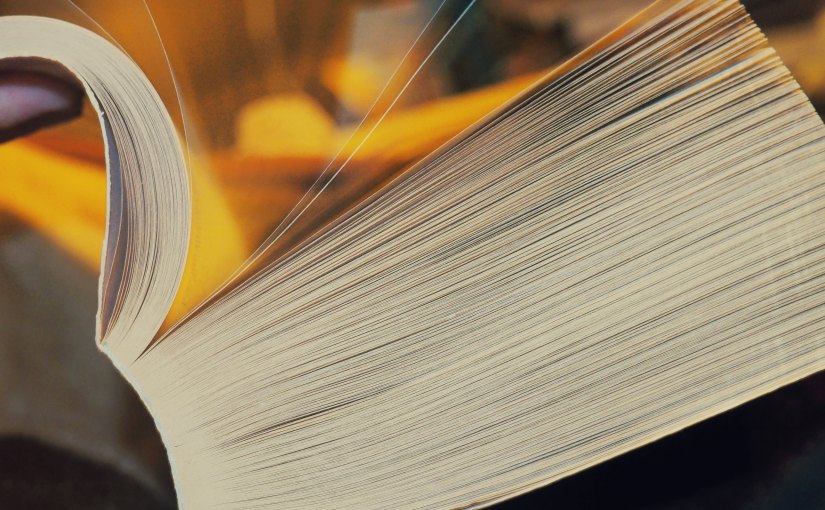 I’ve posted before about how I love making book aesthetics, but if you follow me on Twitter, you know I’ve also got a thing for throwing together images with quotes from my novels. #BookQW (Book Quote Wednesday) is my favorite hashtag. Authors posts quotes from their books based on a weekly prompt, and it’s cool to see snippets from novels and novellas of all different genres.

I’ve been doing it for a while now and have made dozens of images, some of them better than others. Here’s a roundup of my personal favorites. END_OF_DOCUMENT_TOKEN_TO_BE_REPLACED 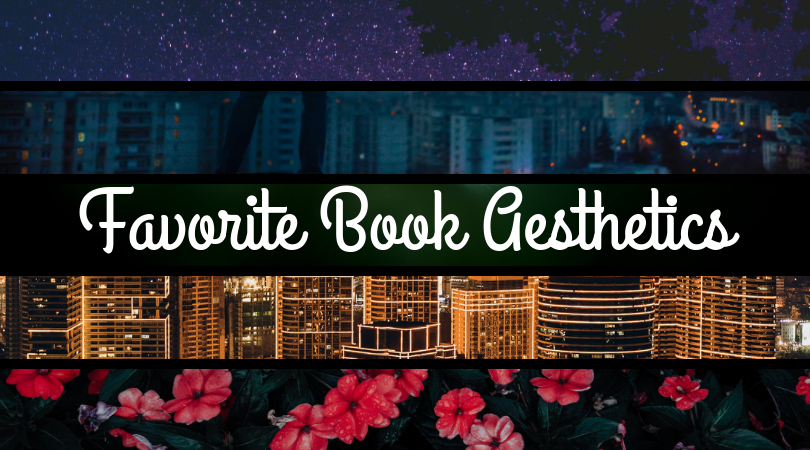 You may have noticed this already if you follow me on Twitter, where I’m all over #ThursdayAesthetic every week. If you’ve never checked out that hashtag, you really should. It’s full of gorgeous imagery, and I’m blown away by the talent of the author community. Every week, one of the hosts announces a theme, and writers create an aesthetic based on it for their books.

I’m not that good at it, but I don’t let that stop me. 😉 Practice makes perfect, and I like to think I get better every week. Either way, I have a lot of fun, and I want to share some of my favorites that I’ve made so far. END_OF_DOCUMENT_TOKEN_TO_BE_REPLACED 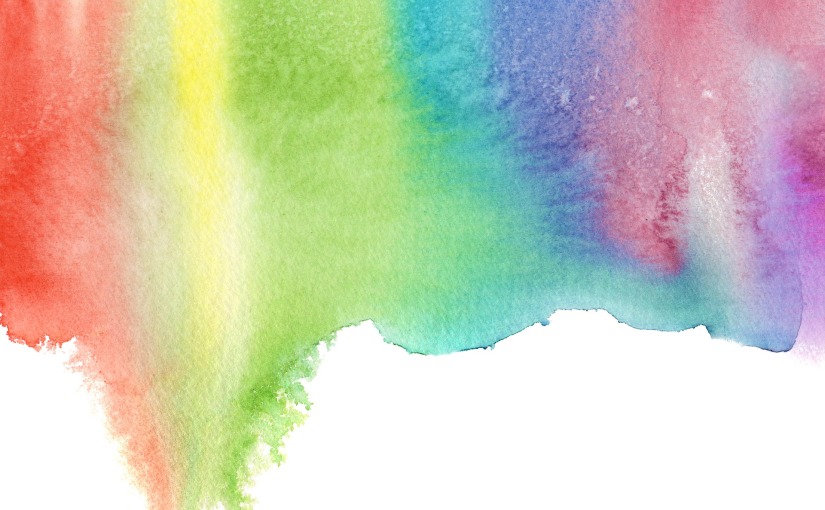 I’d wager there are plenty of books out there with gorgeous covers that were quickly forgotten because the story inside didn’t live up to the captivating image on the front. But on the flip side, amazing stories go overlooked everyday because the cover is ugly or bland.

A cover has a critical job: to get readers to pick up the book.

As an indie author, I have complete control over my covers. This is great, because I won’t end up in one of those situations where the publisher chooses an inaccurate or just plain bad cover, and the author can’t do anything about it. This is also terrible, because I’m a writer, not a designer or marketer, and I don’t always know what type of cover will sell best. And I pay for the cover up front, so if the book doesn’t sell, I don’t get that money back.

What I’m trying to say is this: trying to figure out the best cover for your book can be… stressful. END_OF_DOCUMENT_TOKEN_TO_BE_REPLACED 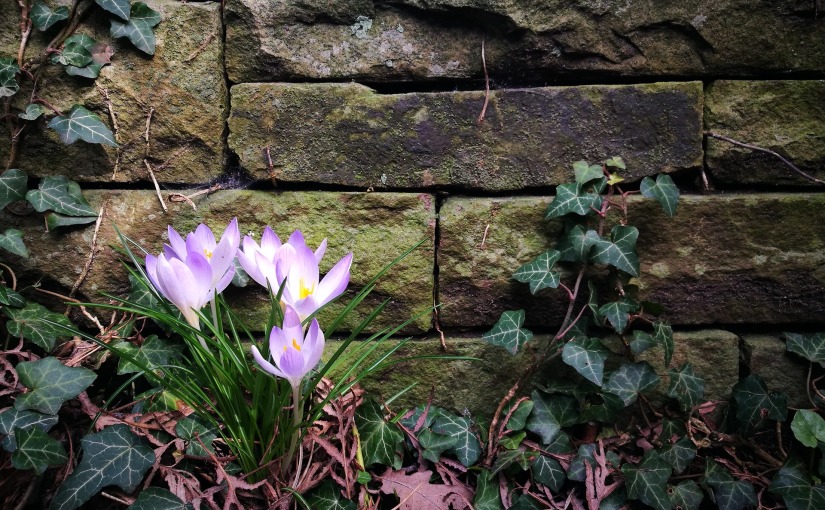 You know that feeling when you finish reading a certain book? When you just have to tell everybody how awesome and amazing it was? You’re a reader, so you know what I mean

I finished Cold Stone & Ivy: The Ghost Club by H. Leighton Dickson a little while ago. I was in a bit of a reading slump beforehand, and boy, did this novel shake me out of it. Take a look: 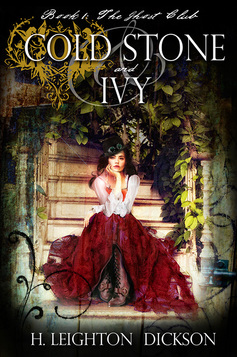 Jack the Ripper gave her his heart. Now he wants it back.

The year is 1888, the clockwork British Empire is crumbling and young writer Ivy Savage has literally received a heart in the post. Terrified, her father sends her north to a strange sanitarium in Lancashire where the brilliant but unpredictable “Mad Lord of Lasingstoke” makes his home. END_OF_DOCUMENT_TOKEN_TO_BE_REPLACED 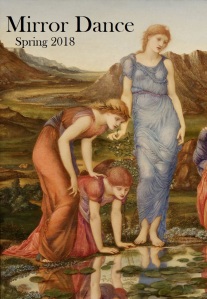 You know the feeling of finishing a good book? You loved it but end up depressed that it’s over, longing to spend more time with the characters.

If I did my job right, that’s the feeling you got at the end of The Ghost Machine. And do I have good news for you.

The Braden Banshee, a short story set after the end of The Ghost Machine, is available for free in the latest issues of Mirror Dance Fantasy Magazine. You can read the whole thing online here.

The basic premise is that Ella, working as a spirit medium after everything that happened in The Ghost Machine, is hired not to do a seance but to banish a banshee to prevent the death its wail foretells. There are plot twists, steampunk machinery, and ghosts, of course. I hope those of you who liked The Ghost Machine will enjoy another gothic adventure with Ella Rosenfeld. END_OF_DOCUMENT_TOKEN_TO_BE_REPLACED 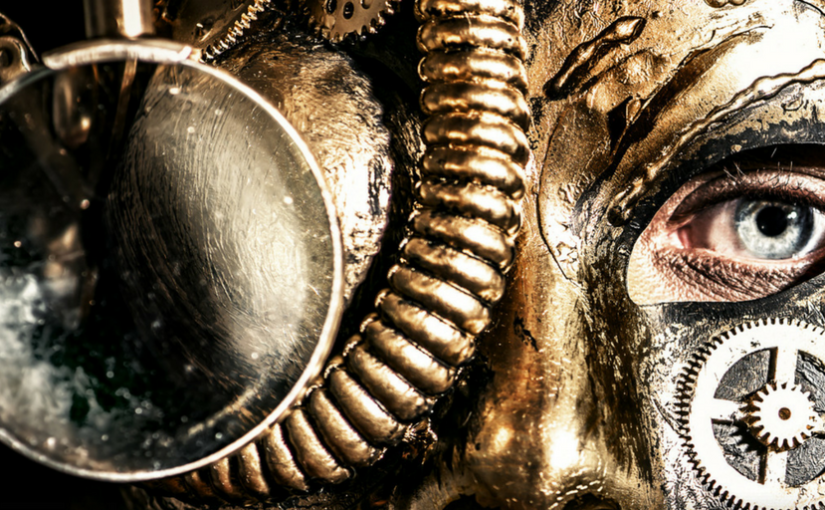 Grab your steampunk goggles and get ready to board the airship Sultana, everybody. Clockmaker is now available on Amazon.com. Go download a copy for your Kindle or Kindle App.

I first announced this book a few months ago and have been talking about it and posting excerpts on Twitter, so I’m happy to finally be able to share it with all of you. I hope those of you who read The Ghost Machine will like Captain Melek’s solo adventure. But this is a spinoff, not a sequel, so you can still read and understand the story if you never read The Ghost Machine. If the cover and blurb intrigue you, I hope you’ll give it a try. 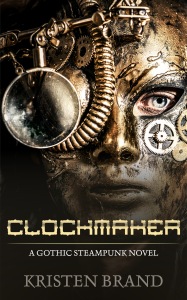 The crew of the airship Sultana is nearly destitute. No one knows this better than its captain, Melek, who’s almost desperate enough to sell her treasured family heirlooms to pay her crew’s wages. Then a reclusive gentleman wearing a golden mask offers a fortune to transport him and a mysterious cargo to Istanbul. Needing the money, Melek can’t bring herself to refuse, even when her instincts warn of trouble.

Now strange noises haunt her airship at night, and deadly warships stalk the Sultana through dark, stormy skies. Melek’s masked passenger refuses to explain his private affairs, and she enjoys arguing with him perhaps a little too much. But he’s even more dangerous than she suspected, and she’ll have to unravel the dark intrigue he’s brought aboard her ship before it kills them all.

If you like gothic thrills and swashbuckling adventure, then you won’t want to miss this exciting steampunk novel. Download Clockmaker now and take to the skies!