We can all probably use something good to read right now, so you may see a few more book spotlights from me in the coming weeks. Escaping into fiction while supporting authors is a win-win for everyone–especially when there are superheroes involved.

This week, I’m spotlighting Red and Black. I featured it in a new superhero fiction roundup when it first debuted and hosted a blog tour stop for the sequel, Black and Blue, but I only got around to reading it within the last couple weeks.

Too many books, too little time. It’s the eternal struggle. 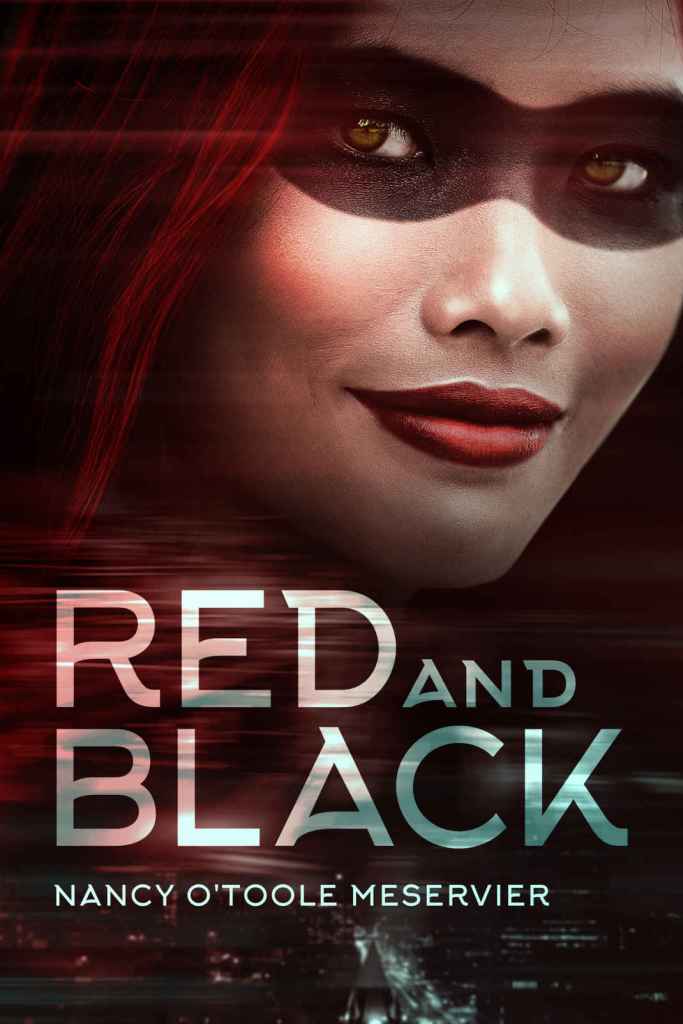 Dawn Takahashai knows all about superheroes.

She’s been a fan of them for years. So when she’s granted an impressive powerset of her own, she dives right in, eager to prove herself as Bailey City’s first superhero: Miss Red and Black.

Her first challenge is Faultline. He’s powerful, smart and, as a henchman for Bailey City’s first supervillain, standing right in her way. But that’s not the real problem. The real problem is that under the mask, Faultline is Alex Gage, a working-class guy trying to scrounge together enough money to help support his younger sisters.

And Dawn and Alex have a date next week.

Red and Black was the perfect quarantine read for me. It was just the right length: not so long that reading it felt like a chore, but still novel-length. It had a great mix of action and emotional scenes, making me breeze right through the pages. And it was just the right amount of fun. Yes, bad things happened in the story, but overall, the tone was cheerful and optimistic.

A lot of the optimism is thanks to the main character, Dawn. You know how some stories have a colorful cast of quirky side characters, but the protagonist is the boring, generic hero-type? Not the case here.

Dawn is adorkable. She’s a huge comic book nerd and goes into her superhero career with plenty of genre-savy rules, like “You are not a detective. Let the police do what they were trained to do.” And while she’s shy and awkward in her normal life, she gets 100% more confident in costume and has a lot of fun jumping across rooftops and engaging in superhero banter.

Plus, she has the best geeky inner monologue. The first time she runs into an actual powered supervillain, AKA Faultline, her thoughts are:

Oh shit. Oh shit. I was not a high enough level for this boss fight.

Said supervillain, Alex, is also a fantastic character. It can be hard to make a villain protagonist sympathetic. Alex has one motivation: money. His working-class family is drowning in debt from their late mother’s medical bills, and the paychecks from his boss, the mysterious villain Calypso, are going towards paying the bills and supporting his sisters’ education so they can have a better future.

He does his best to suppress his emotions when he puts on his supervillain suit, but he can’t completely ignore the guilt or stop himself from building friendships with Calypso’s other minions. He’s also got a lot of rage at the broken system that makes it impossible for his family to succeed despite them working themselves to exhaustion, and…

I’m not saying what he’s doing is right, but I get where he’s coming from–and that’s exactly the kind of feeling I want from a supervillain character.

He and Dawn have a super cute romance that I’m cheering for despite all the obstacles in their way, and I’m looking forward to seeing where they go in the sequel. Red and Black deals with the plot’s main villain, but there are some ominous hints about future threats.

If an action-packed superhero story with a sweet romantic subplot sounds like good escapism to you, check out Red and Black on Amazon.  And take care of yourselves out there.