Do you like morally gray female protagonists? Enjoy a good old-fashioned revenge story? Then get out your To-Read List and add Kill Them All to the bottom, because I’ve got the book for you.

The release date isn’t for a few more months, but I couldn’t keep the cover a secret any longer. It’s just too awesome. Look at it! 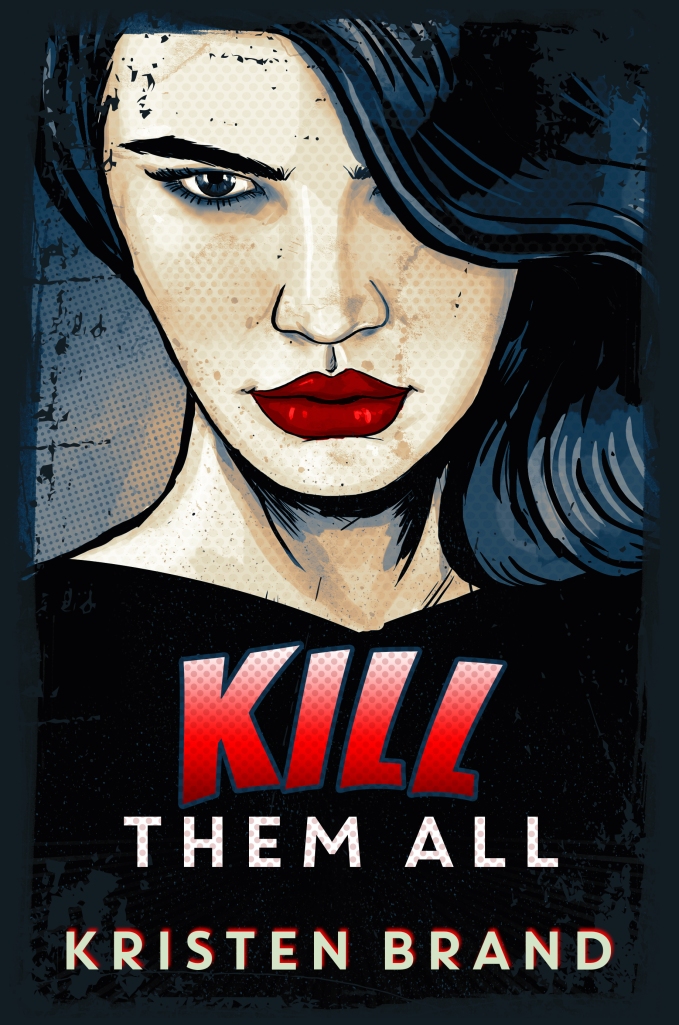 Valentina Belmonte walked away from her supervillain career years ago. Having peaked at the top of the national Most-Wanted List, she now lives a quiet life with her husband and daughter, enjoying the Florida sun. Sure, she has to curb her violent and illegal instincts to stay under the radar, but her family is worth it.

Until they’re attacked. With her husband—a retired superhero and the closest thing she has to a conscience—hospitalized and on the brink of death, she’s done playing nice. She doesn’t know who attacked them or why, but she’ll wreak bloody destruction until she finds out. Nobody does revenge like a supervillain, but as her single-minded pursuit grows more violent, it threatens the only family she has left…

I can’t believe we’re on Book 4 of The White Knight & Black Valentine Series! My little idea of a superhero who retired and married his former nemesis has really grown. If you haven’t read books 1 through 3, don’t worry–I made Kill Them All new reader-friendly like all the novels in the series. (Though you have three months to catch up. Maybe take a look at Hero Status? 😉 )

I plan to release the book on September 15th, and in the meantime, I’ll be posting quotes and excerpts both here and on Twitter and generally trying to get the hype machine going. You can help by sharing my posts, adding the book on Goodreads, and just mentioning it to friends.

So get ready! It’s just three short months until Val goes on a roaring rampage of revenge. You might want to start looking for a bunker to hide in.

2 thoughts on “Cover Reveal: Kill Them All”