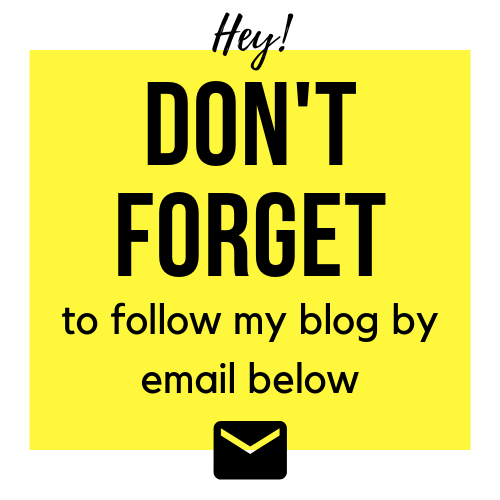 “His name is Hong-Jae Chun,” Val said. “Born in Japan. Ethnically Korean. Started working as a freelance assassin in ‘87, hits all across Europe and Asia. As of four years ago, he’s been working exclusively for the Kuroda Syndicate. They must be paying him a small fortune.”

Val looked over the small group assembled in front of her in the bland meeting room at the Seattle DSA branch. She hadn’t had the attention of so many superheroes and DSA agents since the time she’d taken Wall Street hostage, and she was keenly aware that she currently had no powers and no weapons. She sat on the desk in the front of the room in a deliberately casual pose, reminding herself that everything was going according to plan.

“He can turn invisible,” she said, enjoying the face Dave made upon hearing this statement. It was like he’d walked outside to find bird crap all over his car. “So I can’t give you an accurate number of his kills, since no one ever sees him coming. The underworld has taken to calling him Death, which, as far as supervillain names go, is simple but incredibly evocative, don’t you think?”

No one answered. These people were no fun at all.

“How do you know he’s responsible?” asked Lightblade—or Mitch, as everyone here called him out of costume. Seattle’s hometown superhero was a tall, burly man with one of those perpetual five o’clock shadows that must have taken hard work to maintain. The stubble was peppered with gray hairs that you wouldn’t notice just from seeing him on TV.

“I read his mind,” Val answered. “The Kuroda Syndicate sells my family some of their imports. They met with us, and Death was lurking invisibly in the corner. I scanned him to make sure he wasn’t a threat. This job was on his mind.”

“So you knew he was going to kill Carl but didn’t do anything about it.” Lightblade looked like he wanted to stick one of his trademark glowing blades into her stomach. “Why am I not surprised?”

“I barely managed to restrain my heroic instincts,” she answered with a smile.

“And we’re supposed to take her word on this?” Lightblade directed that question to Dave and Agent Lee.

“It’s not our call,” Agent Lee answered. “We operate under the assumption she’s telling the truth until new evidence comes up, and that means treating Agent Rundstrom’s murder like a yakuza hit. The question is who in the Kuroda Syndicate ordered it.”

“Oh, Akio Yasunaga himself would have had to approve it,” Val said. “This is a DSA agent we’re talking about. Knocking off one of you people tends to bring down a lot of heat. Death wouldn’t dare do something so premeditated unless he had his boss’s okay.”

“Unless he thought we’d never figure out he was behind it,” Dave said in a low voice. “He couldn’t know you’d read his mind and would tell the DSA about it.” There was a hint of suspicion in that last sentence. You’d think he didn’t trust her or something.

“So let’s go arrest him,” said the Illusionist, Lightblade’s college-age sidekick. She was a pretty Asian girl in a T-shirt and jeans, her black hair pulled up in a scrunchie. Her feet, wearing neon purple sneakers, twitched impatiently.

“We don’t have any evidence, Yuna,” Lightblade said. “We’d have to release him, and it would only tip him off that we know he’s behind it.”

“The best way to find evidence is to pinpoint why Agent Rundstrom was killed,” said Agent Lee. She glanced pointedly at Val. “Care to fill them in?”

Val shrugged again. “He knew something.”

“What kind of something?” Lightblade asked, his voice a growl.

“I didn’t bother prying further into Death’s mind to find out. You’ll have to do a little of your own detective work.”

“We have.” The Illusionist jumped to her mentor’s defense. “Carl had 3:00 and the name of a cafe written in his planner for today. Whoever he’s meeting might know why he was killed.”

“We don’t know if it’s related,” Lightblade said in the tired tone of someone who was repeating himself.

“You’re just mad that you didn’t think to look in his planner,” the Illusionist said with a smirk.

“Sounds like it’s worth our time to check out,” Dave agreed.

Lightblade had smiled slightly at his sidekick’s teasing, but now his scowl returned in full force. “Yuna and I can handle it.”

“I know. But I’ve flown all the way out here. Might as well tag along just in case.” Dave’s tone was friendly enough, but he didn’t shy away from Lightblade’s glare. So even superheroes had their little spats. It was too bad Val was dosed with exatrin. She would have amped up Lightblade’s aggression and sat back to watch the two of them fight.

“Neither of you get to decide that,” said Agent Lee. “I do. And I say all three superheroes are going plus half a dozen agents for backup. If whoever Agent Rundstrom was scheduled to meet is involved, I don’t want any chance of them slipping through our fingers.” She surveyed the room, daring anyone to disagree with her. “Now, let’s go over the plan.”

Val’s part of the plan was to wait in the van.

Agent Lee didn’t want her inside the cafe where she might sabotage them with her nefarious supervillain ways, but Agent Lee also wanted her close enough to recognize any yakuza members or other shady characters who might show up. So Val was staring out the tinted windows of a van parked in front of the cafe, stuck with two agents whose names she hadn’t bothered to remember and Agent Lee, who refused to let the Black Valentine out of her sight.

The expression Agent Lee made was technically a smile, though it was tight and didn’t show her teeth. “Maybe because I don’t think you’d volunteer information if it didn’t suit you.”

“We should do some trust-building exercises, Agent Lee. How about you fall over backwards and I catch you? It’ll be fun.”

“I don’t need to trust you to do my job. I need to understand what you’re getting out of all of this.”

“I’m getting to stay out of jail. It’s not complicated.”

“And is that all you’re getting?” Agent Lee looked at Val like she could see inside her mind if she just stared hard enough.

“I’m getting the pleasure of your company,” Val said. “Does that count?”

“Everything’s quiet in here.” Dave’s voice came over the speaker in the front of the car.

Agent Lee reached forward and pushed a button. “No activity out here, either.”

“Whoever Carl was meeting probably knows he’s dead.” That was Lightblade’s voice. “There’s no point in waiting.”

“Stay alert,” Agent Lee ordered before leaning back in her chair.

“Wanna place bets on how long it takes White Knight and Lightblade to get into a fistfight?” Val asked.

“They’ll be fine.” Agent Lee kept her gaze on the cafe’s windows. “Superheroes are like dogs. A new mutt shows up in the other one’s territory, and he has to growl a bit, but eventually they’ll sniff each other’s butts and work it out.”

A laugh escaped Val at the imagery, and then she took a moment to further pursue thoughts of White Knight’s butt.

“I think we’ve got something,” said the Illusionist through the speaker.

As Agent Lee peered intently out the window, Val reclined her seat and rested her eyes. She’d find out if this little trip was worth it once it was all over. It was the DSA’s show now. They’d better solve the case soon, though, because she didn’t know how much more help she could give them.

She didn’t open her eyes until she heard a gunshot.

So you know a bit more about the antagonist now, plus I’m throwing in a few more superheroes to the mix. You’ll find out more about Lightblade and the Illusionist next week, along with what caused that gunshot. 😉

The next update will be Monday, Octobter 17th.