I’ve made some mistakes.

If nothing else, now that I’ve finished The White Knight & Black Valentine Series and am the author of five superhero novels, I’ve learned a lot. And, like the veteran superhero imparting her knowledge to her young sidekick, I’m here to pass on what I’ve learned so you can do better than me. 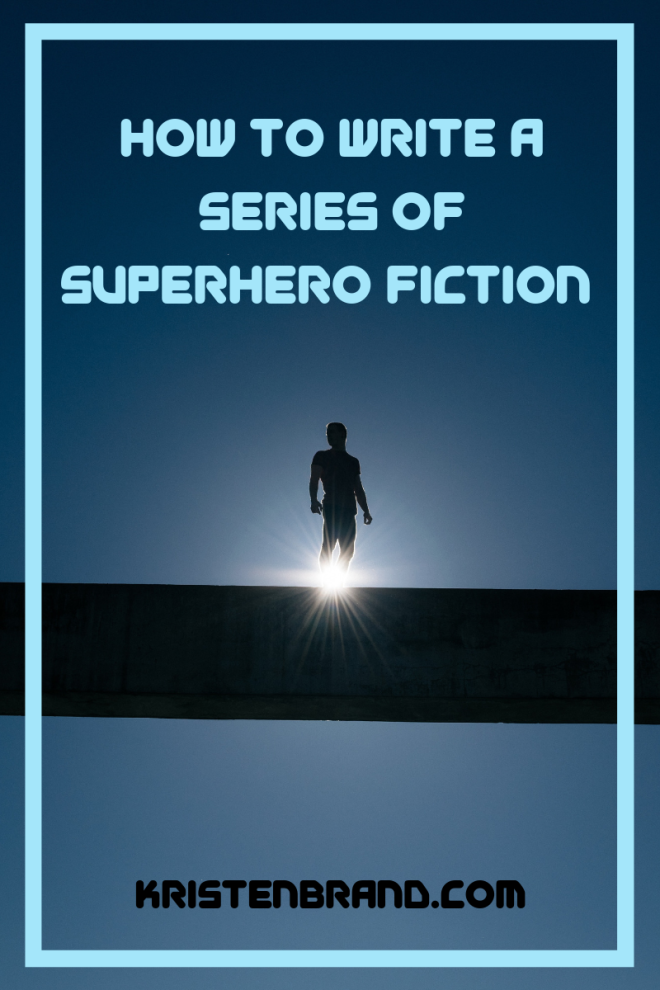 You’re writing a superhero novel. The first thing you do is come up with your character’s superpowers, right? That’s the fun part.

It’s easy to fall into the trap of spending so much time developing the hero’s incredible powers, awesome costume, and enigmatic codename that you forget to develop the character themselves. We write novels, not comics or movies, so we can’t depend on mind-blowing special effects or stylish art to pull people in. If we want readers to come back for the second, third, or tenth novel in the series, we need compelling characters.

This isn’t an article on how to develop characters, though if that’s what you’re looking for, some that have helped me in the past are Deeper People: Putting Yourself into your Characters by Holly Lisle and Everything I Need to Know About Character, I Learned From Buffy by Dave King.

This isn’t me telling you not to invent cool powers for your character, either. Creating superpowers is one of the best parts of writing superhero fiction—they’re undeniably a part of your character. Not only can they have huge influences on a character, but a character’s personality can also have a big impact on how they use their powers.

Take David Del Toro, the protagonist of my first novel, Hero Status. A retired superhero, he has super-strength and has spent almost thirty years using it to fight crime. He knows how tough he is, and he has absolutely nothing to prove to anyone. The result is a chill, non-aggressive character who, in the rare instances he does get angry, restrains it because he can’t afford to lash out with his incredible strength. 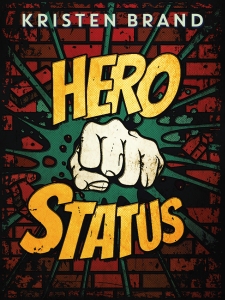 So think about how your character’s powers affect them. Will telepathy turn your heroine into a kind, empathetic person who understands the feelings and suffering of others? Or will hearing the cruel, dumb thoughts of other people make her a bitter cynic who thinks all humans are garbage? There’s a lot of fun things you can do.

I’m guilty of this one. It’s not that I didn’t think about the backstories and motivations of my supervillains, but I didn’t put as much time and effort into it as I did for my heroes. And that’s a missed opportunity, because a good villain can be every bit as engaging as a hero—or end up being twice as popular with fans, in some cases. He or she can also be a dark reflection of your hero, and expanding on the similarities and differences between the two can really advance your theme.

In superhero stories especially, villains often control the plot, making it all the more important that they have goals and motivations that make sense. Without the villain kidnapping their loved ones, setting bombs throughout the city, or stealing scientific technology, your hero would have nothing to do, and you’d have no story. You can take advantage of this and utilize the villain to help you outline your novel, which is a neat strategy described in the article How to Plot a Book: Start With the Antagonist by K.M. Weiland.

Basically, the villain shouldn’t suddenly attack your hero on page forty-five because you need an action scene to spice things up. The villain should have their own motivation that fits with their character and goals, and it should be understandable to the reader. You don’t want your villain’s plot to end up as a contender for a list like Cracked’s 6 Villain Plans That Make Absolutely No F**king Sense.

Keep readers coming back for more

I’m a firm believer that writing compelling characters is the single greatest thing you can do to make readers pick up the next book in your series. But it isn’t the only thing.

Many series use an overarching mystery or question. If you’ve ever watched Arrow or The Flash, the question is often “Who is the villain?” for most of the season. You can also create a mystery around the event or person that gave the hero their powers. Who are the character’s biological parents? What’s the hero’s mentor’s shadowy backstory? What happened to the hero’s predecessor? Writing multiple books gives you plenty of opportunity to throw in tantalizing clues and red herrings.

Just make sure you eventually answer the overarching question in a satisfying way. In The White Knight & Black Valentine Series, the main villain kept mysteriously coming back to life after the heroes killed him, and I didn’t explain how until the last book. In hindsight, I could’ve made it a much bigger, more dramatic reveal, but live and learn.

Writing a book series is a balancing act. You don’t want to write the same story over and over, so you need to change things up, but you also don’t want to change the story so much that you lose what readers loved in the first place. Taking your characters to new settings is one strategy that I used in The White Knight & Black Valentine Series. Sequels are also a great opportunity to further develop all those fascinating supporting characters you introduced in book one. 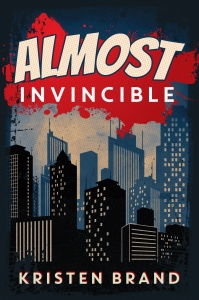 In The 22 rules of storytelling, according to Pixar (which you should definitely read if you haven’t already), rule number five is “Simplify. Focus. Combine characters. Hop over detours. You’ll feel like you’re losing valuable stuff but it sets you free.”

What struck me as incredibly useful advice for a long series is “Combine characters.” In Villainous, I needed a detective for Val to hire and was in the process of creating a brand-new character with fun powers and a lengthy backstory. But then l I realized those would be the perfect shoes for Moreen to fill after being forced to step down from the DSA in the first book. This let me keep around a character I really loved and explore her personality in new ways.

Why invent another new minion for the bad guy in book three when I have a perfectly good minion who survived book one and already hates the hero? Before you add a new character in later books, ask yourself if there’s a character you’ve already created who could fill that role. It’s a fun callback to previous books and can spark character development you might not otherwise think of.

Holy crap, your first book was awesome. The final battle was epic, the twists took me completely by surprise, and I cried when that one character died.

Then you begin book two, and your main character is going about business as usual.

Not okay. Everything has consequences, especially all the crazy things you put your cast through in the first book. The supervillain almost murdered your hero. Your hero should be having night terrors and jumping every time they hear a loud noise in pubic. Their friend/family member who discovered their identity should be treating them coldly and suspiciously for keeping such an important secret. And all that publicity from their big and damaging battle with the supervillain? It means the police are putting all their effort into hunting them down as a vigilante, and there are crazed fans poised with camera phones all over the city waiting to catch them at the worst possible moment.

This doesn’t have to be a huge thing. A few throwaway lines like how the hero can sometimes still feel the villain’s hands around their neck could be enough. Consequences can make for good subplots, though. Going through the possessions of the mentor who died in the previous book could lead to mysterious discoveries, and a love interest recovering from the trauma of getting kidnapped adds conflict to the relationship. Or consequences from the first book can spawn the entire plot of your second. The whole premise of Villainous is that Val makes a deal with the DSA to keep Dave out of jail after all the laws he broke to rescue her in Hero Status.

Read superhero fiction. Read other genres of fiction. Watch movies and television, and then read reviews and learn from critics picking apart what worked and what didn’t. You can learn from great novels, of course, but you can also learn from bad ones. Think back to your favorite series and figure out how they kept things fresh after eight books.

What long running television shows or book series taught you the best lessons? What have you learned about writing from your own successes and mistakes? Share your comments below, because I’m still learning, too.

3 thoughts on “How to Write a Series of Superhero Fiction”