October is finally here, and that means a month filled with jack o’ lanterns, witches, and ghosts.

Although, to be honest, I don’t limit that spooky energy to October. I get my fix year-round by reading paranormal fiction. There’s something about things that go bump in the night that I just can’t get enough of in stories, especially when it comes to the heroes who fight them.

Comics has no shortage of the supernatural, and it’s one of favorite niches in both the Marvel and DC universes. Though I have my complaints about the Doctor Strange movie, I love that it introduced magic to the MCU, and Legends of Tomorrow got twice as awesome when they started fighting demons and introduced John Constantine.

Those two characters along with Blade, the Scarlet Witch, Zatanna, and a few others are what I consider the A-list of magical/supernatural superheroes. (Though I don’t think Zatanna has had a live-action appearance since Smallville. She really needs her own movie.) Today, I want to shine a spotlight on some paranormal superheroes who may be less popular but are all awesome characters who deserve more attention.

He’s a werewolf superhero. I mean, what more do I need to say? 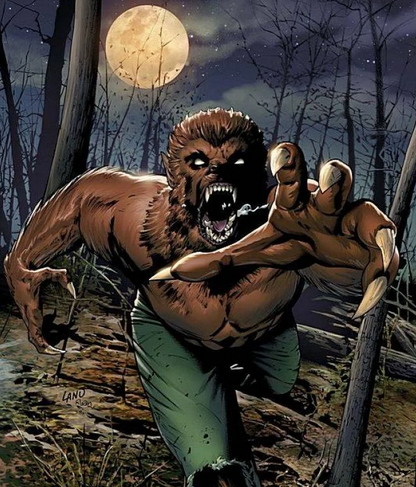 Fine, if you need more convincing, he’s interesting in that he didn’t become a werewolf by getting bitten. It’s a curse that’s affected his family for generations. Dracula was involved, and Werewolf by Night’s origin story is full of family secrets, dark magic, and all kinds of fun gothic stuff. Now, he’s a dude who turns into a werewolf and hangs out with Doctor Strange and Ghost Rider, fighting paranormal threats. And his secret identity is Jack… Jack….

But his name was originally Jack Russoff, so if we can all mutually agree to go back to calling him that, I think his character has a lot of potential.

My first introduction to Traci Thirteen was in the Blue Beetle comics (which you absolutely need to read if you haven’t), where she teams up with Jaime Reyes, starts dating him, and introduces herself to his family while saving them during an alien invasion.

Basically, she’s a magic user, and she’s awesome. To dig a little deeper into her origins, she’s a member of the Homo Magi, a race of humans in the DC universe with innate magic, whose most famous member is probably Zatanna. Traci’s dad forbade her from practicing magic, though the reason varies depending on the portrayal of him. It’s either because her mother died by magic, or because dear old dad is such a skeptic that he doesn’t believe magic is real.

Just to be perfectly clear, he lives In the DC Universe. Where people like Dr. Fate and Wonder Woman are running around. And he still doesn’t believe in magic.

Anyway, Traci’s a badass, and my dream is to see her in a new Blue Beetle solo book someday. 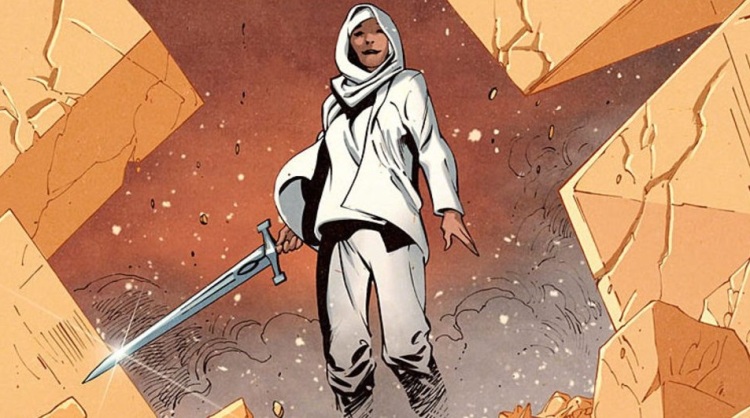 Okay, so Faiza Hussain’s superpowers aren’t completely magical in origin. During a battle with the Skrulls, she manifests the power to control biological organisms. Being a doctor, she mostly uses this to heal people, though she can paralyze enemies with it, too.

She gets put on this list because A) I love her, and B) she’s the wielder of Excalibur. Yeah, that Excalibur. She uses it to fight a vampire invasion led by Dracula, who’s not only an evil creature of the night but a racist jerk in the Marvel Universe.

Faiza took over the mantle of Captain Britain at one point, and I’ll take whatever code name she ends up going by as long as we get to see more of her. She’s a fun, cheerful character and a geeky fangirl, and I always like seeing heroes whose powers get used more for rescuing and defense rather than just hurting bad guys.

If you don’t know Black Alice’s deal, she can basically “borrow” the magical powers of other DC heroes and villains, and while she’s using them, she gets a cute goth version of their outfits. 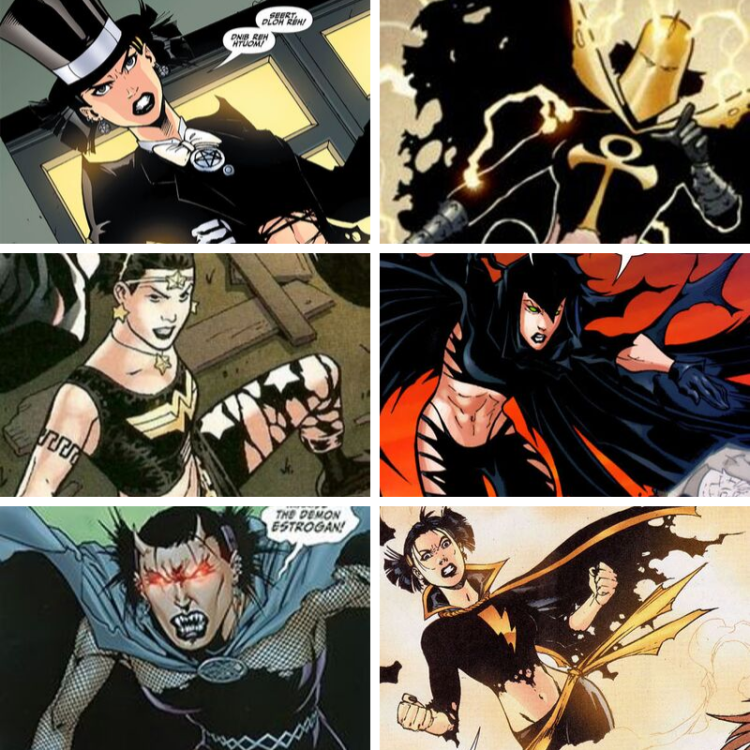 This is the coolest power ever.

She’s had a troubled life both at home and in school, and once her powers develop, she straddles the line between hero and villain. She’s been a member of both the Birds of Prey and the Secret Six, which gets her a lot of points in my book. Black Alice is one of those characters who isn’t a bad person, but the universe just keeps dumping on her, and she ends up lashing out. But in the end, you can usually count on her to do the right thing.

I’d love to see more of her—and possibly a fashion line based on her costumes.

Tigra is so underrated. She’s been an Avenger for decades, but her appearances in comics lately have been scarce, and she’s rarely given anything cool to do.

Give her more things to do, Marvel! She’s a fierce, experienced heroine who can take on threats a lot more powerful than her. Plus, she has the cutest kid ever.

Tigra has a long and slightly convoluted origin story, but the main parts are that her husband was a police officer who was murdered, and a mystical race known as the Cat People gave her an amulet that lets her transform into a werecat. Her basic powers are enhanced strength, speed, and senses, but she has some more magical abilities that don’t get explored very often.

As an Avenger, she’s faced everything from aliens to supervillain cabals, but I think her magical origins put her in a unique position. She’s not as vastly powerful as say, Doctor Strange or the Scarlet Witch, but I could totally see her specializing in street-level magical threats. I want an urban fantasy-style series with her defending the city from supernatural villains (and the occasional alien) while raising and protecting her son.

I limited this to characters who have never had a live action appearance, but I always want to see more Vixen and Zatanna. Etrigan is always fun, and while she’s not strictly a superhero, I’ve written before about how cool Agatha Harkness is. And though I hated the way Ralph and Sue Dibny were killed off, I adored the concept of them becoming ghost detectives afterward.

I’m still leaving out a bunch of lesser known yet amazing heroes. Let me know your favorites in the comments. You can look forward to more Halloween-themed posts from me this month, and I hope you have a spooky and safe October!